Classics : Essie Fiji (was it reformulated?)

A couple weeks ago while I was waiting for my son's prescription to be filled in my local pharmacy, I started looking through their nail polish. I was browsing their Essie's when I spotted some bottles of polish that were discoloured, including these two different coloured Fiji's. 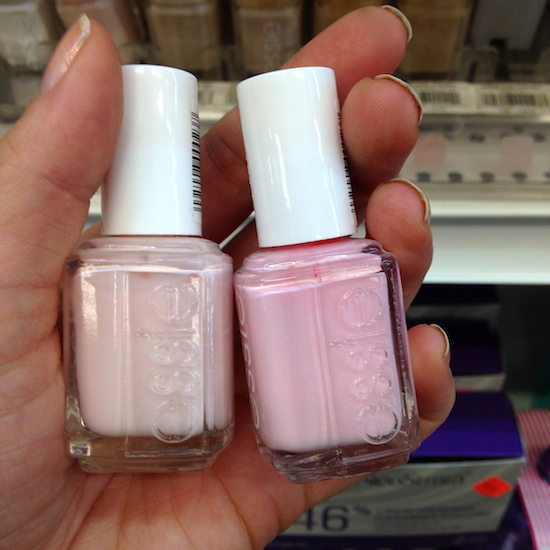 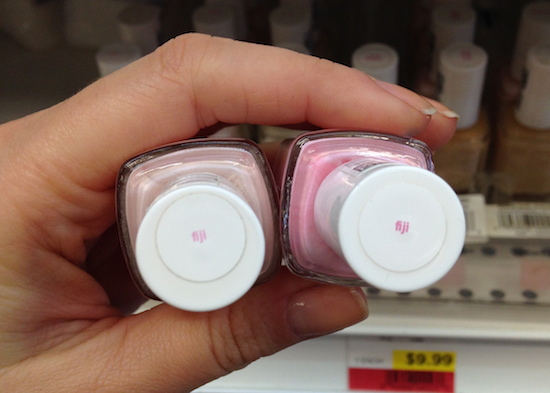 The darker Fiji was what I had at home, but what was this lighter Fiji? I had written on my Winter 2015 comparison post that I liked Europe's version of Fiji because it was so much lighter than our North American Fiji, but I didn't know a different Fiji existed here. I decided to buy it so I could bring it home and do some more research. 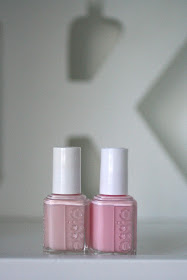 Is this a case of nail polish changing colour over time?

Or did Essie reformulate the classic Fiji?

I can't seem to find the release year for Fiji, but it has an SE number of 152 so that tells me it was released way in the early days (80's-90's). From what I can tell, the Essie numbers correlate to the order in which it was released, making Fiji the 152nd polish released by Essie. It's a hugely controversial polish for NUMEROUS reasons. The first being that most people have a love/hate relationship with Fiji. It's such a pretty flattering light pink shade but the formula is just crap. So bad. It's streaky and uneven and takes many coats to get opaque....ugh. But the people who love Fiji, REALLY LOVE Fiji. So now that there's this more saturated baby pink floating around out there, peeps be gettin' angry about it! In my research to find out if this colour had been reformulated, I came across this Facebook post from 2013 of someone asking if Fiji had been reformulated because the colour was so clearly different and the response from Essie was that it hadn't changed.

So I  sent some more emails again and got a response from Essie Canada. They confirmed that Fiji has a new improved formula and because of that, the colour has changed. Another mystery solved! So is the new formula that much better than the old formula? I'll show you both so we can compare.

The formula is thin and streaky , even after 2 coats.
Yeesh! It's still streaky after 3 coats.

At this point I took it all off and started with a coat of Fill the Gap first. Oh wow. What a difference a coat of Fill the Gap makes. It goes on much more smoothly, but still needs 3 coats. It does self-level but not completely, so top coat will help.
After all that, the finished product does look nice. I can see why so many people loved this version of pink.

It applies much smoother and a bit more opaque than old Fiji, but still streaky on the first coat. It's smooth and self-levelling, but still a bit of streaking at 2 coats.

It becomes totally opaque at 3 coats. It doesn't need top coat to smooth things out. I don't normally wear a manicure without top coat, but I didn't feel like I needed it to make these pics look good.


The new formula is definitely a bit better than the old formula. I didn't have to use a ridge filling base coat or top coat to make it look good and it was easier to apply. Do I love the new baby pink colour? Not really. I mean it's ok, but I definitely prefer the old version with it's pale whitish pink hue. It's more versatile I think.


Even though this new formula is better, are all the bottles of this new formula better? When I did my comparison of pale pink Essie's, I didn't own Fiji at the time, so I borrowed my friend's bottle. It was terrible and I hated it.  It was terribly streaky and didn't self-level well, leaving polish ridges. I found a bottle of Fiji this summer on clearance at Winner's so I picked it up with my fingers crossed that this bottle would be better than my friend's. That's what I used for this comparison and it was MUCH better, but what is up with the difference in formula? Was it just that hers was older? 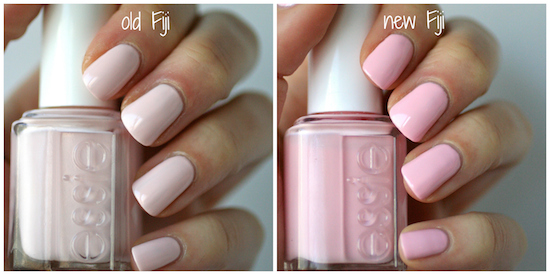 If you are one of those lovers of the old version of Fiji and was upset Essie changed it, I suggest trying out Peak Show  or Romper Room. To see me compare all three polishes, check out this post.

As I mentioned in my Mint Candy Apple Reformulation post, there are two different SE numbers on my new and old version Fiji's. It makes sense that Essie would give a new number to a polish that they reformulated and changed the colour of. Possibly these numbers correspond to their colour, so if you were looking for an old bottle of Fiji then SE 152 would be what you were looking for and 348 would be the new baby pink Fiji. Maybe? I dunno, just throwing that out there. 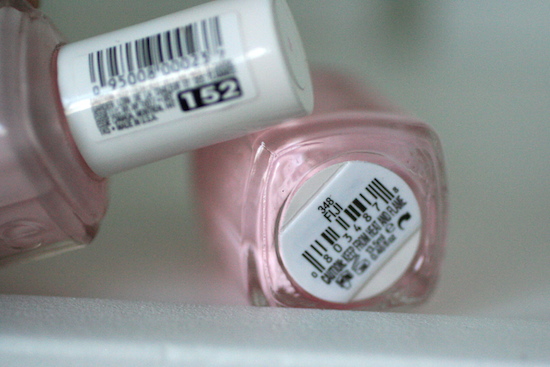 I can see why the old version of Fiji is such a classic Essie shade that (most people) love. It's a really flattering pale pink that I think would look good on many different skin tones. The new Fiji however, I could take it or leave it. The only time I've worn it is for taking pics for this post and I've owned it since June. It's pretty, but I prefer a paler pink. But that doesn't mean my vote goes to the old Fiji either.  Personally, I've got better options.

What are your thoughts on Essie Fiji (new or old version)? Do you love it or hate it?

*Updated to add: If you are looking for some replacement polishes for the colour of the old Fiji, check out this post HERE and HERE. I discovered some fantastic options!
Kindra at 12:00:00 AM
Share